Is Amazon Getting Into Healthcare?

Amazon has already gotten into healthcare. The world’s largest internet company and third-largest retailer announced in January that it was forming an independent healthcare company for its own employees and the employees of other finance and multinational business giants: JP Morgan Chase and Berkshire Hathaway. Often overlooked in news reports, JP Morgan Chase CEO Jamie Dimon said that the new company could eventually “be expanded to benefit all Americans.” 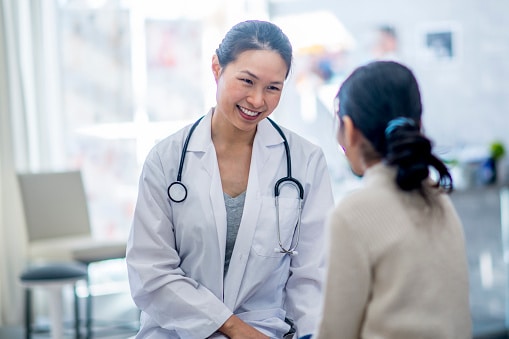 Some experts have wondered if Amazon and its partners just wanted to negotiate lower healthcare costs for their own employees. Others, looking at Amazon’s acquisition of Whole Foods and its disruption of retail groceries, speculated that Amazon’s goals with the partnership were much broader.

The answer came June 28: Amazon has broader goals to disrupt the healthcare industry. The tech giant acquired New Hampshire-based PillPack, a mail-order pharmacy that delivers prescriptions directly to consumers on a bi-weekly basis.

Amazon paid slightly less than $1 billion for PillPack, which had a valuation of about $361 million when the offer was made. Its competitor for PillPack was the world’s largest retailer: WalMart.

What Could Amazon’s Disruption of Consumer Pharma Look Like?

Pharmaceutical sales are the first sector in healthcare that Amazon plans to enter. Traditional pharmacies have already taken a hit, with CVS, Rite Aid, and Walgreens losing more than $14.6 billion in share value after the announcement of Amazon’s purchase of PillPack.

It turns out that Amazon probably bought PillPack because it has been trying to enter the $400 billion U.S. pharmacy business for years, but encountered barriers to selling retail pharmaceuticals via its online platform. PillPack was already licensed to ship prescriptions to patients in every state. Analysts think that Amazon’s retail and IT background will quickly enable it to reduce prescription drug prices using PillPack’s platform.

What Other Aspects of the Healthcare Industry Could Amazon Disrupt?

Gawande told an Aspen Institute audience in June, “we’re going to drive better outcomes, better satisfaction with care and better cost efficiency with new models that can be incubated for all.” Gawande has also said, “we pay doctors for quantity, not quality.”

Amazon also brought Martin Levine onto its healthcare team. Levine is a former practicing physician and clinic director for Iora Health, a Boston-based patient-focused and team-oriented healthcare provider which is expanding rapidly throughout several states, including Arizona, Georgia, and Washington. Amazon’s new healthcare models are likely to be based on patient health outcomes and satisfaction, not quantity or type of care provided.

Hospitals and clinics have begun to use Amazon Business to improve their supply chains. One Washington clinic provider uses Amazon’s “dash” buttons to fill 90% of its supply and ordering needs. Amazon is licensed to sell medical supplies in 47 of 50 states and the District of Columbia.

Amazon’s ability to use big data to improve retail customer care and outcomes might be adapted to improve health care provision. Amazon created a team to focus on adapting Alexa to help people with managing chronic illness. As an example, the voice assistant could easily be instructed to remind users to take medication at prescribed times.

Some analysts see Amazon as also having the potential to become any one of the following:

Healthcare insiders have been skeptical about Amazon’s ability to make change or disrupt the healthcare sector because Microsoft and Google both failed with their prior attempts. Google Health ended in 2012, while Microsoft’s HealthVault ceased operations in January 2018. Google and Microsoft’s healthcare industry projects were consumer-facing and had limited to no revenue streams.

Amazon has already built a revenue stream and acquired a direct-delivery pharmacy with PillPack and it has brought several healthcare industry disruptors onboard, starting with Atul Gawande. Amazon’s partnership with JP Morgan Chase and Berkshire Hathaway brings the finance and multinational investment sectors together in a way that previous private industry failures to negotiate lower healthcare costs lacked. Amazon is also a big data company that has the potential to improve health outcomes for patients through the use of its voice assistant Alexa. Analysts have talked about how Amazon wants to “cut out the middleman” in healthcare. Amazon’s Jeff Bezos hasn’t commented in detail about his company’s healthcare venture, but Jamie Dimon, CEO of JP Morgan Chase, said the venture is likely to start out small, like Amazon did with books during its early years. “We may spend a bunch of time getting one piece of it right and testing things to see what works,” Dimon said in July.