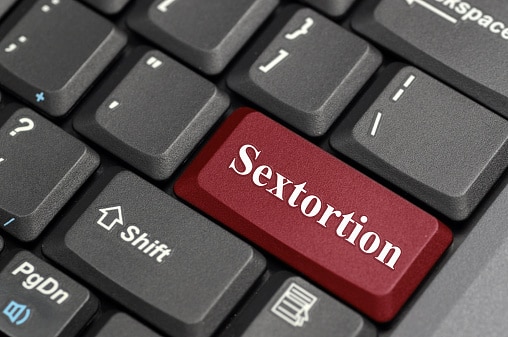 Sextortion: A New Twist on an Old Plot

There is an element of truth in the sextortion email people receive in that some recipients have reported that the password is one they have used in the past. However, no one who said this scam had used the exposed passwords in more than 10 years nor have they used them on their current computer. The most likely explanation for the scam is that hackers obtained passwords from a security breach at a well-known website more than a decade ago. They merely added scripts to go with the passwords to make the scam seem more legitimate.

The Ruse is Getting More Sophisticated

Hackers have learned from this attempt at so-called sextortion that they must use more current information and a believable script to get anywhere with their intended victims. They now search for as much personal data as they can find online to convince the email recipient that the threat is real. Some have gone so far as to use illegal password lookup services associated with email addresses. The people behind that data breach have reportedly stolen billions of username and password combinations that they then sell to other scammers.

Yet another modern twist on sextortion is for hackers to email everyone with the information listed on a newly hacked customer database. In addition to demanding large sums of money, some of these scammers are demanding that the victims send nude photographs of themselves and other sexually explicit material. Some are so bold as to demand an in-person meeting where the victim must provide them with sexual favors to avoid having their private information exposed to everyone they know.

How Internet Users Can Protect Themselves from Sextortion

The FBI has received enough of these complaints to create an official document warning people of its dangers. It recommends that anyone who accesses the Internet regularly follow these steps to protect themselves from sextortion scams:

To add even greater pathology to this scam, perpetrators are often adults disguising themselves as teenagers. They depend on younger recipients to be more naive about online scams and to fall for their demands without question. Anyone who feels they have been targeted for a sextortion scam via email should forward the email to the FBI as well as contact them immediately.