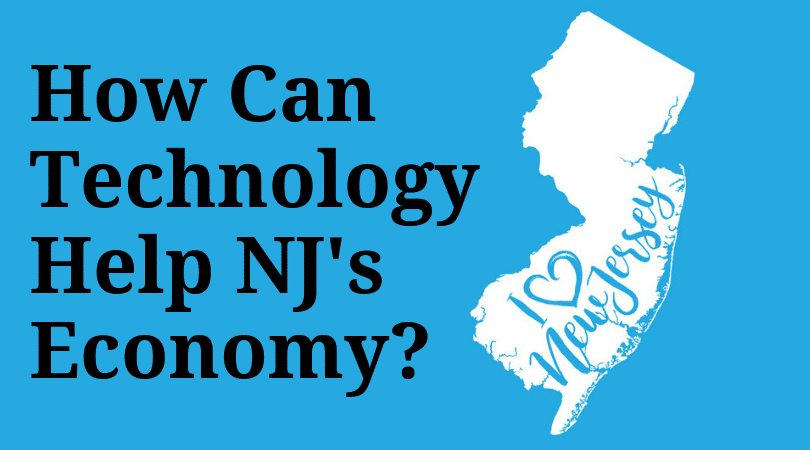 Technology is changing the face of almost every industry, and anyone who can’t keep up will be left behind. The United States has far more STEM jobs than qualified applicants to fill them, with the need growing steadily. Just in 2016, there were about 3 million jobs which couldn’t be filled because there weren’t enough people with the right education and skills. Businesses and schools are working hard to find ways to meet the technology gap, with programs encouraging students from a young age and scholarships for STEM majors.

When workers can’t adapt to the new environment, they won’t just be denied new and better opportunities. They will be stuck in whatever menial, low paying jobs are left, and there may not be enough of those if those when so many are automated.

The New Jersey Institute of Technology

NJIT has been working to provide the educational credentials with the necessary experience so graduates will be prepared to step into high paying tech positions. Students are well versed in aspects of various industries while learning necessary technology skills, such as maintenance, processing control and manufacturing. NJIT students get offers before graduation and earn 20% more than many of their peers.

The Growth of Automation

The increasing use of technology in every aspect of business is paralleled by the astronomical growth in automation. NJSpotlight.com predicts that as many as half of all jobs will be automated as soon as two short decades from now. Governor Murphy has made a promise to help support workers during this time of upheaval, and has set up a task force to evaluate possible upcoming changes.

By making a proactive plan, Governor Murphy hopes to protect the interests and livelihoods of the New Jersey workforce. He also wants to help prepare for the upcoming changes in the various industries which will be impacted.

Changes to the Economy

The automation task force is part of Governor Murphy’s economic plan. As the leader of the state, he wants to avoid unemployment and underemployment for New Jersey residents. Instead, he wants to find creative ways to help residents succeed in the new economy. One idea is lifelong learning accounts, which would allow residents to achieve new credentials and skills so they could become qualified for every changing STEM jobs.

One way Governor Murphy is trying to help New Jersey residents is by raising the minimum wage significantly. One of his top campaign promises was to raise the minimum wage to $15 per hour by 2021, and the change is being enacted incrementally. Although those changes aren’t happening as fast as he wanted, a higher minimum wage will help ensure that residents will continue to be able to earn their living even with a lower technology job.

Studies predict that there will be more computer jobs, automation, robots and other technologies which will replace or enhance many current jobs. It is simply more cost effective to have a machine perform many tasks, and the newer technologies have other advantages like accuracy and safety. A job which might be dangerous for a human may be safely done by a robot.

Many jobs have already disappeared, or at least declined significantly. It is easy to see, even though the changes seem gradual. Cashier jobs and gas station attendant positions were replaced by automatic checkout and “pay at the pump,” leading to open worry and discussion by residents who were worried about losing their own jobs to technological changes.

Retail salespeople and cashiers are the most in danger of losing their livelihoods, and the United Way predicts that there is a 90% chance of those positions disappearing. Other jobs which could be on the chopping block include sales representatives, movers, janitors and health aides.

Preparing for the Future

Many people are anxious, even if they personally have the training necessary to get one of the best new tech jobs. When there is so much change, and it seems to be happening so fast, people can feel uncertain about how the changes will affect them and their own position.

Governor Murphy’s task force is predicting huge changes by the year 2025, and his focus is on innovation and change. When one door closes, another opens; the loss of some jobs means merely that other jobs will be created to help with the new way things are done. If everyone works together and focuses on the end goal, the end result will be a steady rise in employment and residents in good-paying technology jobs.