New grants from Health and Human Services are aimed at boosting the health information technology for smaller hospitals.

The United States Health Resources and Services Administration (HRSA) is awarding $125 million in grants to community health centers to, among other functions, improve their use of health IT in primary care. 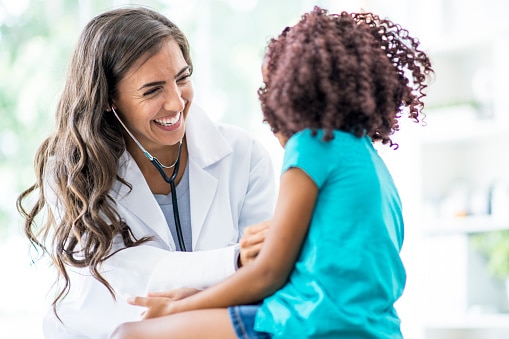 Healthcare By The Numbers

Community Health Centers (CHC), usually invisible to those with private insurance or Medicare, provide basic health care to one in twelve US residents. For certain populations, the percentage is far higher – one in three people in poverty, one in five rural residents, and one in seven children 17 or younger. There are 1,400 CHCs in the US, which together operate more than 11,000 point-of-care sites and serve 27 million Americans. 1.4 million of those served are homeless, while 355,000 are veterans.

The quality of care provided in CHCs is demonstrably good. 67% of diabetics treated at community health centers achieved a glycosylated hemoglobin (A1C) level of 9% or less, compared with 57% of patients overall. 63% of those treated for high blood pressure achieved control, compared with 56 percent of patients overall. 90 percent of CHCs provide mental health care. 70% provide addiction treatment, including medication-assisted treatment.

Coordinated delivery of primary care services by CHCs is cost-effective. Overall, their cost per patient is 24 percent less than for patients overall. Their patients have 25 percent lower admissions than the overall population and, when admitted, have 27 percent lower costs. With healthcare costs rising at alarming rates, this is a pretty big deal.

The CHC patient population faces the challenges of poverty, locations distant from care sources such as tertiary care centers, possible disability, obesity, homelessness, and substance abuse. It is a challenging population to treat. The use of electronic health records (EHRs) helps with continuity of care and avoidance of unnecessary and duplicative testing and prescribing, driving service costs even lower.

Healthcare Services Available For Everyone

CHCs serve all comers. Even in Massachusetts, which has achieved rates of insurance coverage as high as 97% after the start of MassHealth (which was one of the inspirations for the Affordable Care Act (ACA), 36% of those seeking family planning services at CHCs in Massachusetts were uninsured. (Of course, if the patient has insurance, the CHC bills it.)

CHCs have demonstrated a positive impact on mortality. After the start of the CHC program in 1965, mortality among those over 50 fell by between 7 and 13 percent. This reduction is between 20 and 40 percent of the poor/non-poor morality gap, even when the simultaneous start of the Medicare program is considered. Why would a drop of this magnitude be seen in a population that was, courtesy of Medicare, suddenly insured? Part of the answer lies in the fact that CHCs penetrated rural areas where primary care had simply not been accessible before they arrived.

One of the major health issues for the CHC population is smoking Although smoking has fallen to 16% of US adults, rural and poverty populations – the population largely served by CHCs – remains high. Use of EHRs to target smokers for intervention by CHCs has been effective. A study in New York City, where 18.9% of those with Medicaid were smokers, found that using EHRs to flag smokers for intervention by their primary care providers increased the number of interventions from 27% to 54%. The residual question is why, if all smokers were flagged and providers were notified to provide interventions, only slightly more than half responded.

The rates of smoking varied widely among the 19 CHCs involved, ranging from a low of 19% to 75%. The CHCs were paid an additional $20 for visits with an intervention documented in the EHR. Perhaps this payment was just too low to function as an incentive. One of the fruitful areas for research is how much pay is needed to produce improvement in provider performance in pay-for-performance programs.

The experience in New York City with smoking interventions can serve as a model for other campaigns: obviously, opioid use is low-hanging fruit. Interventions using EHRs can be devised for providers to review the care of their patients with chronic pain and consider modalities other than opioids. These options might include drugs like gabapentinoids, physical therapy, and injections by a pain management specialist. Alcohol use is another target. So is obesity. Alcohol abuse accounts for 88,000 deaths per year and up to $224 billion in economic costs. The cost of obesity is estimated at $190.2 billion in health care expenditures alone – around 21% of annual medical spending. The CHC population is a ripe target for obesity-related interventions.

Increasing penetration of EHRs in CHCs and the use of EHRs to target interventions for the challenges the patient population of CHCs face is a potentially productive area. It will serve to demonstrate the power of electronic health information to improve both individual and public health, saving the nation billions in the process. This should also help Americans improve their overall health.