As businesses embrace a hybrid and remote workforce, more and more organizations are choosing Microsoft 365. Formerly known as Office 365, Microsoft 365 is a great software suite that offers many benefits for businesses and has become the leading solution for collaboration in the cloud.

Organizations choose Microsoft 365 for various reasons, such as cost, available tools, or because the subscription-based software enables users to add Microsoft’s core applications to their subscription plan. In addition, Microsoft 365 continues to offer advancements and enhancements that firmly establish its position as the leading software solution for many businesses.

Storing data in the cloud is convenient because it makes data universally accessible to everyone in your organization, regardless of their physical location. Your team can use Microsoft 365 to access data anytime connected to the internet. But storing data in the cloud also increases the risk of data loss, which has become a severe issue in recent years.

No matter how good a product or service is, there are always drawbacks, and Microsoft 365 is no exception. For example, Microsoft 365 has a host of built-in security measures but doesn’t include a native option to create Microsoft 365 backup and store data on the cloud. 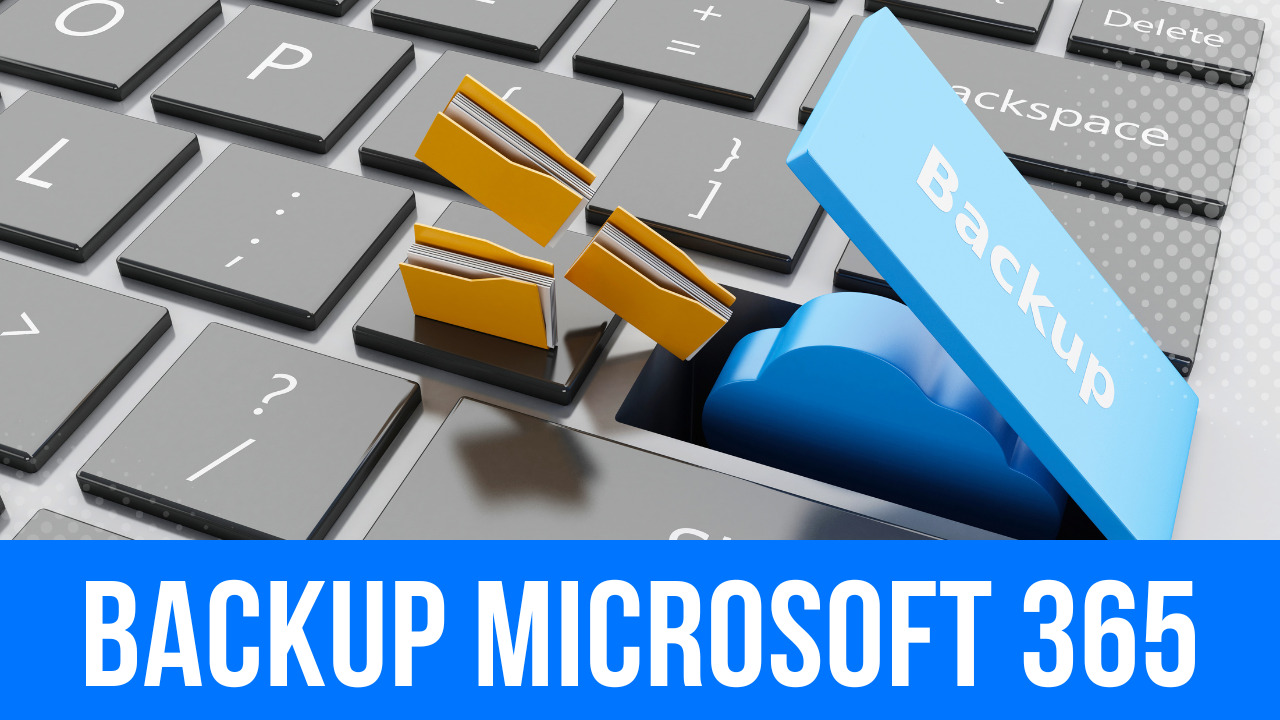 All software, even Microsoft 365, comes with certain risks. Typically, it’s your responsibility if an issue causes you to lose valuable business data. While software developers, such as Microsoft, strive to eliminate any potential problems before they occur, you must ensure your data is protected with an accessible backup.

According to Microsoft’s Services Agreement, the company and its distributors make no warranty concerning the use of their services. The agreement goes on to say that the use of the service is at your own risk and that because of the nature of computer and telecommunications systems, there is no guarantee that services will be uninterrupted, timely, and secure or that errors and content loss won’t occur.

In addition, the Services Agreement states:

“We strive to keep the Services up and running; however, all online services suffer occasional disruptions and outages, and Microsoft is not liable for any disruption or loss you may suffer as a result. In the event of an outage, you may not be able to retrieve Your Content or Data that you’ve stored. We recommend that you regularly backup Your Content and Data that you store on the Services or store using Third-Party Apps and Services.”

What Are the Risks?

Microsoft 365 is known for being a highly secure app. This reputation for security is because the app has several built-in security features that help keep your data as secure as possible. For instance, apps like OneDrive and SharePoint have a data retention period. Typically set by default to 90 days, the data retention period ensures that if you accidentally delete a file or data, it can still be accessed for a period of time afterward.

But what if you don’t discover the error within the retention period? How would you recover your critical data without an accessible backup? Losing accidentally deleted data is one of the potential risks of Microsoft 365. Other risks may also include the following:

Cyberattacks are a growing threat that all organizations face, regardless of size or industry. While Microsoft is one of the biggest names in the tech industry, that doesn’t mean they are immune to cyberattacks.

Microsoft’s security response team has responded to several recent threats, including some tied to malicious actors either sponsored or protected by foreign governments. In 2020, the U.S. government imposed sanctions against Russia because of the country’s connection to the SolarWinds hack.

The U.S. has recently found that China has also been involved in cyber warfare attacks. Microsoft and the U.S. believe China is either behind or supporting the cybercriminals responsible for attacking vulnerable Microsoft Exchange servers. Security experts and government officials believe that attacks from malicious nation-states will continue to grow and that no organization is immune from these attacks.

In all of these cases, Microsoft’s security response team has responded quickly to stop the attack and remediate the compromised accounts. But unfortunately, even Microsoft’s cyber security experts fear that the risk will continue to grow as attacks become more sophisticated.

Whether intentional or accidental, internal data breaches occur. Often a data breach results from a simple mistake. The mistake may result from a lack of training or simply a lack of attention at the wrong moment. For instance, an employee may inadvertently click on a malicious link because they thought it was legitimate.

In other cases, a disgruntled former employee could make intentional changes to your data and systems if their access permissions have not been removed. In either case, whether deliberate or accidental, without having an accessible backup, your organization could experience severe problems from this activity.

Always Back Up Your Data

Microsoft 365 has many security features to protect your system and data. While these features are an excellent first line of defense against attacks and loss, you are solely responsible for your data. With the threat of cyber attacks growing exponentially, it pays to have an up-to-date backup of your business data. For example, suppose you have an issue recovering your data due to intentional or accidental actions. In that case, having your Microsoft 365 data in an accessible backup can ensure that your organization can recover quickly and get back to business.